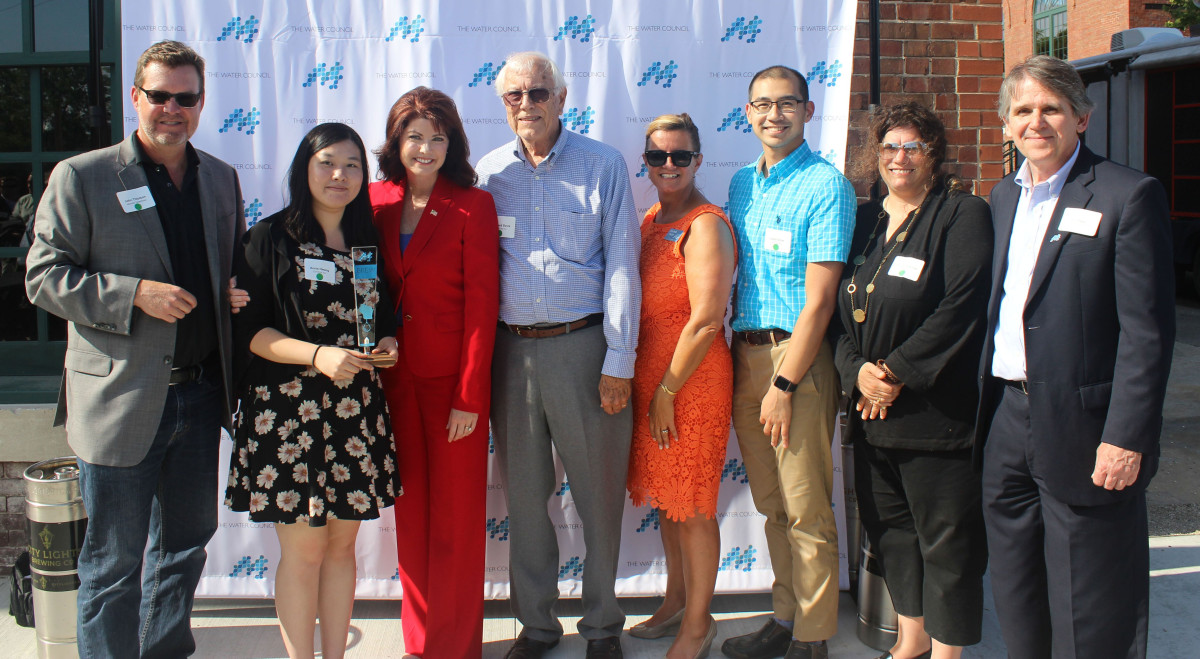 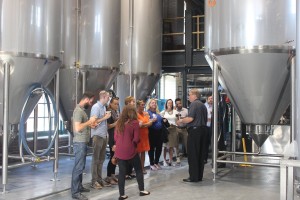 On July 20th, 2017, CORNCOB, Inc. officially graduated the Water Council’s BREW Accelerator. The event was hosted at City Lights Brewing, a start-up brewery in downtown Milwaukee, which made for the perfect venue. The evening started out with a complimentary City Lights brew and mingling among the attendees, including fellow BREW participants from different years, Water Council members, AO Smith representatives, among others.

Everyone was ushered outside for the event to officially commence. Many esteemed speakers approached the podium, including BREW Master, Elizabeth Thelen; President and CEO of the Water Council, Dean Amhaus;  and Wisconsin’s Lieutenant Governor, Rebecca Kleefisch. Kleefisch spoke about our shared experience during the Wisconsin trade mission to Mexico in June. The video of her speech can be watched here.

“Literally the [Mexican government officials] were baffled that such a small company, born out of this Midwestern city, on the buckle of the rust belt, had devised a product system that could literally change, and potentially save lives across an entire nation.” -Lt. Gov. Kleefisch 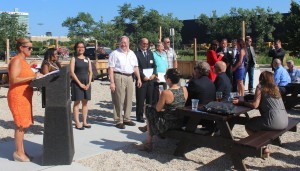 That evening, not only was the BREW IV class graduated, but the five start-ups of this year’s BREW V were announced and introduced as well. The companies selected were: Ecoli-Sense from Ontario, Canada; Pulsed Burst Systems LLC of Richfield, WI; Hydrate Gel Filtration from Brisbane, Australia; Water Resources Monitoring Group of Lancaster, WI; and Plasma Environmental of Milwaukee, WI. Welcome to the BREW family!

CORNCOB, Inc. has a lot to thank the Water Council and the BREW Accelerator for. We have made big strides since last August which wouldn’t have happened without the guidance and support we have received- and very recently, CORNCOB, Inc. was selected as a finalist for the Wisconsin Innovation Awards thanks to Dr. William Dougan’s (BREW coach) nomination! We look forward to seeing what is to come for BREW V.